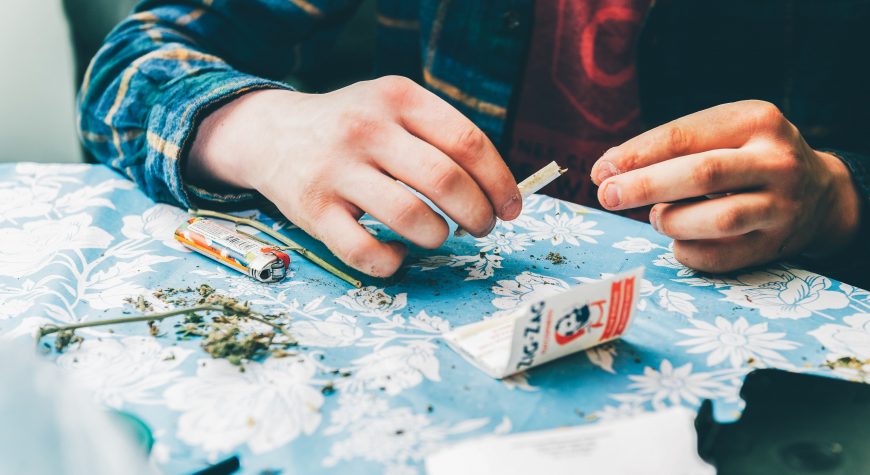 While marijuana is one of the most commonly used drugs throughout the globe, many people and researchers have argued if the substance is addictive at all. And the answer is a resounding yes. That isn’t to say that everyone who consumes the chemical will develop an addiction but almost all consistent consumers are likely to find marijuana addictive.

While there are marijuana users who do not develop an addiction, this does not rule out the possibility. Chronic cannabis usage leads to cannabis use disorder, also known as marijuana use disorder. It is classified as a result of marijuana dependence or abuse in the fifth edition of the Diagnostic and Statistical Manual of Mental Disorders (DSM-5).

More often than not, marijuana use disorders are closely associated with its dependence. This occurs when a long-term addict completely withdraws from the usage and stops taking the drug. They can become restless, experience a loss of appetite, become irritated, and have significant mood swings. These signs can go up to two weeks straight while having their peak during the initial days.

Someone who gets addicted to or reliant on marijuana is likely to exhibit some of the traditional signs of addiction, such as:

Most experts have been found to agree on this particular issue! Addiction to a substance is gradually followed by a build-up of extensive tolerance to that substance, needing ever greater doses to achieve the same effects and resulting in withdrawal symptoms even when the person stops using it.

Early addictions caused by marijuana had little to no effect on leading to addictions or dependence. However, today’s marijuana is more potent than marijuana from the 1960s, containing larger levels of the hallucinogenic chemical delta-9-tetrahydrocannabinol (THC).

Furthermore, marijuana addiction has been discovered to alter your ability to respond to the neurotransmitter dopamine, which allows us to feel pleasure. In one study, people who were addicted to marijuana experienced fewer good emotions, more tension, and were more irritable.

When a person can’t stop smoking marijuana despite it interfering with many elements of his or her life, it becomes an addiction. Estimates of the number of persons addicted to marijuana are debatable, in part because dependency is frequently used as a proxy for addiction in epidemiological studies of substance use. According to those studies, 9% of persons who use marijuana get addicted to it, rising to around 17% for those who start using it in their teens.

Following are some of the most common withdrawal symptoms that have been observed in various people who have used marijuana for a very long time and subsequently quit:

Some people acquire a psychological reliance on marijuana even though they are not physically or chemically hooked on it. This is common, even when a person is aware of their dependency or wants to leave.

Marijuana potency has consistently increased in collected samples over the last three decades. The average THC level in captured marijuana samples was less than 4% in the early 1990s.

The rising potency of marijuana, combined with the use of high-THC concentrates, raises fears that the repercussions of marijuana use today may be harsher than in the past, especially among new users and young individuals whose brains are still developing.

Researchers are still unsure of the full extent of the effects of high THC concentrations on the body and brain (especially the developing brain) or whether the recent rise in emergency department visits by those testing positive for marijuana is due to increased potency. It’s also uncertain how people compensate for greater potency by using less or smoking it differently.

According to recent studies, experienced users can change the amount they smoke and inhale based on the intensity of the marijuana they’re consuming, but they can’t entirely compensate for fluctuations in potency.

We hope we’ve answered the question, “Is marijuana addictive?” It is wise to take an early step towards leading an addiction-free lifestyle and reaching out to experienced professionals can help you!

We at the Drug Rehab Center provide you with best-in-class facilities and around-the-clock support to overcome your addictions and become healthier. Connect with us today to learn more about our offering!