The Link Between Alcohol and Depression 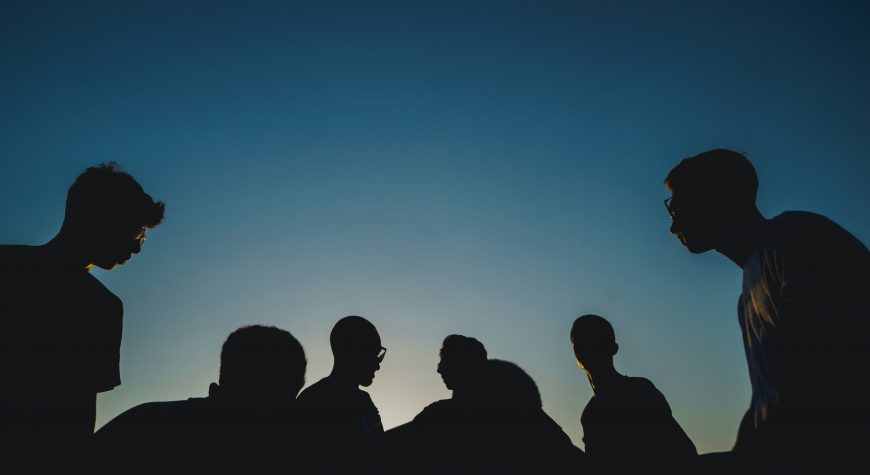 Alcohol and depression can be closely interlinked and often appear together as a co-occurring disorder or dual diagnosis.

Alcohol use disorder (the clinical descriptor for alcoholism) is a chronic, relapsing brain condition that is challenging to deal with in isolation. When major depressive disorder and alcoholism co-occur, though, integrated dual diagnosis treatment is required to unpack both complex issues simultaneously.

Fortunately, with the right personalized treatment plan, you can move beyond a life constrained by alcoholism and depression.

Alcoholism and Depression: What to Know

Almost 1% of all premature deaths and lives impaired or ended in the United States are attributable to alcohol and almost 6% are associated with mental disorders like depression.

Alcoholism was widely viewed as a moral failing or lack of willpower. The contemporary disease model of addiction, by contrast, positions alcohol use disorder as a chronic brain disorder characterized by a compulsive desire to drink regardless of the consequences.

Alcohol use disorder is diagnosed as mild, moderate, or severe according to the number of symptoms present, per DSM-5.

How often does alcoholism intermingle with major depressive disorder, then?

According to JAMA (the Journal of the American Medical Association), half of those with severe mental health disorders also abuse substances, including alcohol. More than one-third of those with alcohol use disorder have at least one mental health condition. Of those diagnosed with SMIs (serious mental illnesses) like depression, nearly one-third also abuse alcohol or illicit drugs.

Can Alcohol Cause Depression and Loneliness?

Although alcoholism and depression can be strongly linked, it is not always possible to establish that one condition causes the other.

Researchers in this field have determined the following:

Although problematic drinking and alcohol use disorder is more prevalent among those with mental health disorders, it is not always true that alcohol causes depression, although it can be a contributory factor.

Many people with severe alcohol use disorder start to isolate themselves socially. This can lead to loneliness indirectly caused by alcoholism.

How Long Does Alcohol-Induced Depression Last?

Finding Depression and Alcohol Treatment Near Me

Among the many negative clinical outcomes of co-occurring alcoholism and depression, the most common are:

If you are taking antidepressants, alcohol can interact with these medications, leading to impaired judgment and coordination.

Many people faced with the development of alcohol use disorders and mental health conditions like depression avoid seeking treatment. This is unlikely to yield positive outcomes, though.

The integrated treatment of co-occurring disorders is widely recognized as the most effective route to ongoing recovery. Each condition is treated directly and simultaneously. This leads to stronger treatment outcomes than attempting to deal with alcohol dependence without treating the co-occurring depressive disorder.

You should first voice your concerns with your healthcare provider. They can refer you to a mental health and addiction specialist as appropriate.

In most cases, depression responds well to a combination of antidepressants and/or psychotherapy like CBT (cognitive behavioral therapy).

For alcohol use disorder, FDA-approved medications can help ease withdrawal symptoms and cravings. MAT remains effective throughout treatment and is most beneficial delivered in combination with psychotherapy and counseling.

For anyone grappling with alcohol use disorder, major depressive disorder, or co-occurring disorder, we offer a variety of suitable treatment programs here at Drug Rehab Centers.

We are specialists in the outpatient treatment of addictions and mental health disorders, offering you access to the services you find in residential rehab, but without the costs and restrictions. As well as regular outpatient programs, we provide more rigorous and intensive treatment via our IOPs (intensive outpatient programs) and PHPs (partial hospitalization programs.)

Once you have chosen a program offering the right level of intensity for your needs, you can engage with the following evidence-based therapies:

We also provide a range of holistic rehab to supplement the above research-backed treatments, giving you a whole-body approach to addiction recovery and improved mental health.

When you complete your treatment program, you will either step down to a less intensive program or return to daily living or a sober living home.

Start your journey to a life unchained from alcoholism and depression by reaching out to our team today at 866.559.4256.