How Addictive is Alcohol? 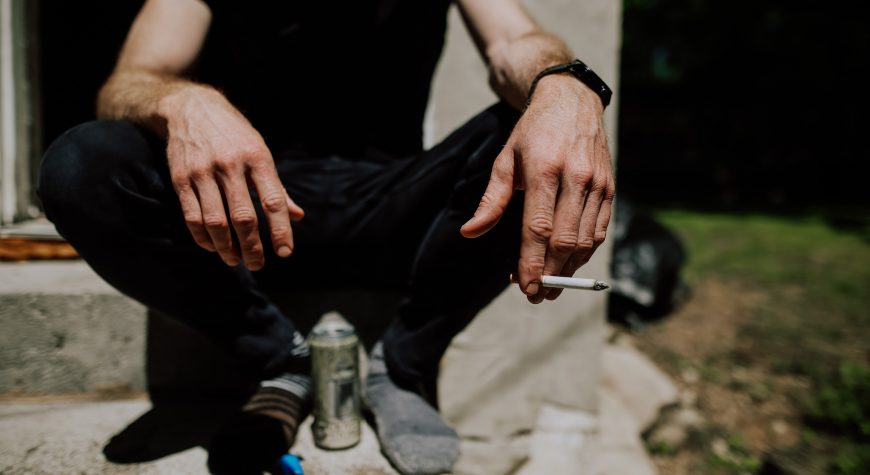 Many times, you would have come across people claiming alcohol to be addictive. Well, in most cases, it certainly is. Alcohol addiction has been one of the most significant challenges faced by the youth in all parts of the world. With its grave effects on personal and professional life alike, alcohol addiction can deprive you of all the joys in the world.

What in Alcohol is so Addictive?

Alcohol (ethyl alcohol) is a basic molecule that can produce profound alterations in the brain and the body’s complicated systems. Alcohol is a highly addictive substance because it produces these changes.

The production of numerous substances in the brain is increased when you drink alcohol. Two of these molecules, dopamine, and endorphins, provide happy experiences and act as natural painkillers. People frequently desire to continue drinking because of the pleasurable sensations.

Alcohol can impair impulse control and decision-making, resulting in alcohol abuse and addiction. Despite the negative repercussions, many people consume alcohol, increasing the risk of addiction.

What Causes Alcohol Dependence in the Body?

A person’s brain and body chemistry can change when they take an addictive substance on a regular basis. The additional release of “feel-good” neurotransmitters like dopamine and endorphins causes the euphoric sensations generated by drug use. The body then suppresses the normal release of these substances, causing them to drink or use drugs to re-release the chemicals.

This sensation can cause the user to crave the substance and feel compelled to use it frequently. Dependency is the sense of a strong want to take a substance, which can quickly turn into an addiction.

Addiction is a disorder marked by obsessive substance use in the face of negative effects. An addict feels compelled to engage in an activity that they are aware is harmful. They also have trouble stopping themselves from doing it.

Heavy drinking can render the body addicted to alcohol over time. If an alcoholic suddenly stops drinking, they may endure unpleasant and hazardous withdrawal symptoms, and they may even go into shock and die.

What Effects Does Alcohol Have on the Brain?

Alcohol has a deleterious impact on the parts of the brain that control balance, memory, speech, and judgment, increasing the risk of accidents and other undesirable outcomes.

The effects of alcohol are especially harmful to a developing brain. Alcohol abuse when a fetus is still in the womb, or later in adolescence and early adulthood, can disrupt brain development, resulting in long-term abnormalities in brain structure and function.

Reasons Why Alcohol is So Addictive

Here are the top 8 reasons why alcohol is so addictive and causes such a grave dependence on the body:

Alcohol alters the chemistry of the brain, making it addicted. The central nervous system is suppressed by alcohol, and normal brain activities are slowed. This is accomplished by slowing the release and reaction to regular brain chemicals.

At the same time, alcohol boosts the production of other neurotransmitters that provide happy experiences, such as dopamine and endorphins. The regular release of these neurotransmitters is repressed as a result, and the person only feels good when they drink or use drugs.

Alcohol intake is frequently a social event. People drink to keep up with their friends, workplace, and family. According to a survey, almost one-third of adult drinkers acknowledged drinking more than they meant due to peer pressure. When hanging out with coworkers, two-fifths of adult drinkers felt under pressure to drink when they personally were not much inclined.

Most people fear the withdrawal symptoms caused by alcohol and thus, develop an addiction to it.

When an alcoholic stops drinking suddenly, they will likely suffer tremendous cravings for alcohol as well as a slew of other unpleasant physical withdrawal symptoms, including:

An alcoholic may continue to drink or resume drinking after short breaks to avoid unpleasant effects.

In the United States, alcohol is legal, making it more accessible than other substances. Alcohol can be found in a variety of places, including homes and family gatherings, barbecues, restaurants, nightclubs, movie theaters, and resorts.

Alcohol is frequently associated with happy memories, such as birthday parties. It is frequently featured at events or used to celebrate (for example, toasts). Many people use alcohol as a reward at the end of the day or after accomplishing something, creating a positive relationship with the substance.

Taking your first step towards overcoming alcohol addiction is often the most crucial one. While it can be daunting for any individual to walk on this road alone, you can make it easy with the help of healthcare providers.

Drug Rehab Center is here to assist you with your alcohol addiction. Our professionals draft an effective plan of action that helps you lead a healthy life while dealing with addiction withdrawal symptoms.

Reach out to us today and our teams will be happy to help!